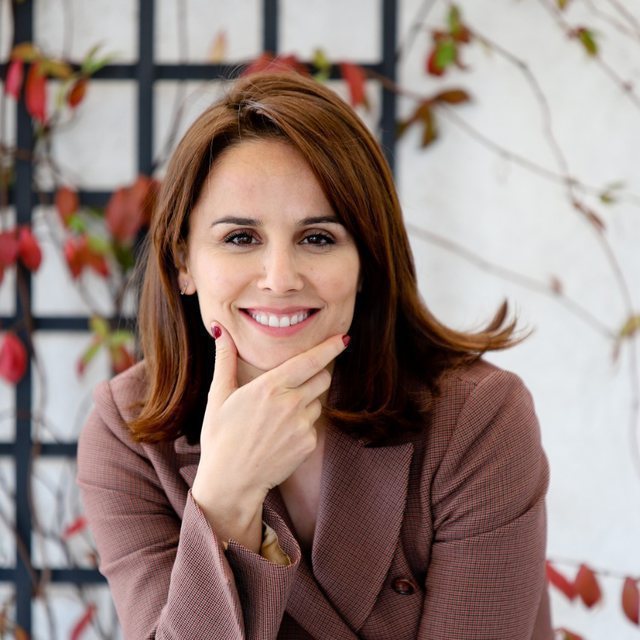 Maybe it's God, maybe Mohammed, maybe Jesus Christ, maybe a witch we don't know, maybe a devil we don't know, who lives somewhere behind the clouds, maybe the universe or maybe the earth, maybe a star up there has taken over send us a message or just Karma!

One thing is for sure, wherever the address from where the biological warfare, apparently the third world one came from, is shaking the world. We Albanians cannot ask for more signs, that we have an earthquake that has not yet left the bread table, even now it looks like my work desk is moving home. All the signals are here, in front of our eyes. The status of Italian physician, Vallery Cambiaghi is a synthesis of this writing that deserves a kiss on the forehead -virtual.

Isn't that an idem ?! Have we not despised ourselves (politics first and society afterwards) for more than 30 years the knowledge and knowledge itself? Have we not given up sincere efforts to realize a dream, but we seek and find the way in short? Have we lost the naivety to believe? We who are no longer curious about anything! So the virus is here and it's not known for how long. Today I noticed that it was listed as the most used e-mail on the phone. One God knows how it got in there that I didn't even use, but in vain it's not a virus, it finds its way.

- Aren't we looking for spectacle, quick success, fast fame, quick enrichment, free-spirited greed, spending real power, racing around the world, pictures of the most luxurious places? We have not noticed how abysmal the setting up of classes in Albania is. How can you buy a supervisor in such a short time? How can a country be filled with poverty on one side of the road and tourist villages on the other?

Twenty years ago we came out of the civil war and half of the Albanians lost their homes in usury. Hasn't there been a strange and disproportionate phenomenon between the standard of living in the country ?! Or are we the offspring of a spell ?!

Don't they see kids in private schools having classmates with people you didn't even meet in their worst dream 20 years ago ?! Where the criminal, the thief, the ignorant and the intellectual unites the birthday party of kindergarten in Tirana! It's the perfect picture for understanding paradox and decadence. Not to mention parliament, that it has also become like those school birthdays.

Don't all the girls on Instagram have the same lips, dresses, bags and often go to the same hotel, cafe, in Dubai, in Mikonos, in Amalfi, in Manhattan?

I have seen, even felt at times, a bit of envy and thirst, and would have loved to try the white sand of the Caribbean, wake up in the morning and smell the hotel's star-studded scent. We are all blood, I am not surprised at myself and her anonymous desires. The human brain is an automatic copier. Even the copy teaches the child to speak. Hears a word several times and starts saying it.

Psychologically, there is no study to prove that there are filters inside the brain that are activated to fight the temptation or kill the temptation of something that one sees every day. The allure today is everywhere, like a virus: on TV, on the phone, and on the road!

My niece will dress like Kylie Jenner even though her parents tell her to learn Mandarin.

In one sense, the world deserved to kneel and ponder.

In a sense we deserve this punishment from star, witch, earth or God.

Young people in Tirana deserve this curfew. They don't have time to reflect because they're either in the cafe, scrolling all day on the phone, or in nightclubs and zero projects for the future. Dress up in brands, run fast cars and race on the TEG road and dog racing. That is what the Albanian youth has to offer, even because it is offered to her and this model has. They are not so guilty. Blame the invention of the camera on the phone!

Adults deserve this punishment. The model of the dominant politician today, the one who has given up on every thread that connects with knowledge and has become fans and crutches of every donkey that defends their interests

Causes now only aim for money and never for money (meaning here)!

By fixing for power and not leaving a trace. With people who look to the past, even though they pay for the future all the time, here's one hand moving weirdly and bringing out a virus that doesn't catch the machinations. In fact, There are many politicians who are in power as a VIRUS!

Why aren't doctors and researchers paid like captains of football teams? Or like today's journalists and journalists who follow on social media. There are many famous idiots and you dare touch your hair. They are attractive and glamorous, then!

Researchers, doctors, scientists, can not bring anyone to power, nor can they bring down power. They are not inspirational and why they are attractive, there is no reason to pray every morning, but they can be no one in society! Always the easiest things to follow.

This is also a punishment to our mentality of ordering and degrading the material. We have missed many of the homosapiens that Professor Yuval Noah Harari speaks about. We are homo sapiens and have abandoned knowledge.

The Sapeins built the world from the cognitive revolution to the technological revolution.

But we are dealing badly with life, with loved ones, with children, with the land, with the environment, with the doctors we have cursed and today we have, poor and rich, ordinary and powerful. We have dealt badly with ourselves by not stopping to ask ourselves: where are we going? Where am I going? Where are you going?

Only children do not deserve this punishment because they have no responsibility. Parents and educators, yes, those who need to orient the younger generation and especially: "Turning children into childhood". During these days at home let's have a small solitary court hearing! To ask new questions.

-We live in a country that needs to accommodate feelings, dreams, aspirations, politicians, journalists, students, doctors and engineers, scientists and writers, bandits and intellectuals, thieves and bankers, but especially do we live in a country where we are coming and going future.

This world has been exaggerated since it finds 25 varieties of mayonnaise in the supermarket! And in parliament 5 types of donkeys. On television 7 types of psychics.

This world we created from advertising that only sells and teaches you to buy.

But somebody understood, forcing us to pay all the expensive. Doesn't it impress you that he excluded the children ?! And can a life-threatening virus, grandparents, parents, loved ones, that took us kissing and hugging, at least, lead to its mission of ending down even false idols?