Pope denies news of resignation: I will go to Russia and Ukraine 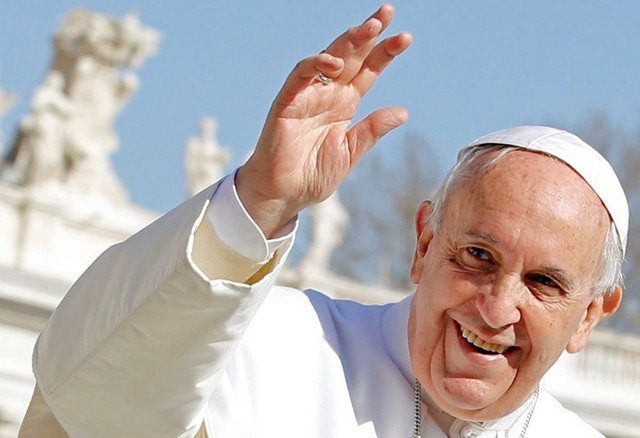 Pope Francis has dismissed reports that he is planning to resign in the near future. He emphasized that he is on track to visit Canada this month and hopes to be able to go to Moscow and Kiev as soon as possible after this visit. In fact, the Pope's visit to Kiev has been requested since the beginning of the Russian occupation in the hope of ending the conflict.

In an exclusive interview with Reuters at his Vatican residence, Pope Francis also denied rumors that he had cancer, joking that doctors 'didn't tell me anything about it' and for the first time gave details of the knee condition that prevented him from performing some tasks.

Yet Pope Francis reiterated his oft-stated position that he could one day resign if health problems made it impossible for him to lead the Church - something that had been almost unthinkable before Benedict XVI.

Asked when he thought that time might be, he said: 'We don't know. God will tell us.'

The interview took place on the day he was due to leave for the Democratic Republic of Congo and South Sudan, a trip he had to cancel because doctors said he might have to miss a trip to Canada from July 24-30. Another 20 days of therapy and rest for the right knee. That's all he needs.

The war in Ukraine

Speaking about the situation in Ukraine, the Pope noted that there have been contacts between Vatican Secretary of State Cardinal Pietro Parolin and Russian Foreign Minister Sergei Lavrov about a possible trip to Moscow.

No pope has ever visited Moscow, and Pope Francis has repeatedly condemned Russia's occupation of Ukraine; last Thursday he implicitly accused him of speaking without names about a 'cruel and senseless war of aggression'.

When the Vatican first asked about a trip several months ago, Francis said Moscow replied that the time was not right.

But he hinted that now something may have changed.

"I would like to go (to Ukraine) and I wanted to go to Moscow first. We exchanged messages about this, because I thought that if the Russian president would give me a small window to serve the cause of peace...

'And now it's possible, after I come back from Canada, it's possible that I can go to Ukraine,' he said. 'The first thing is to go to Russia once to help in some way. I'd like to go to both capitals anyway.'

The decision against abortions

Asked about the US Supreme Court's decision to overturn the landmark Roe v. Wade decision that gave a woman the right to have an abortion, the pope said he respected the decision but had no information. enough to talk about it from a legal point of view. However, he strongly condemned abortion, comparing it to 'hiring a murderer'. The Catholic Church teaches that life begins at conception.

'I have a question: Is it legitimate, is it right, to eliminate a human life to solve a problem?', said the Pope.