The fall of Boris Johnson! Some of the biggest scandals of his administration 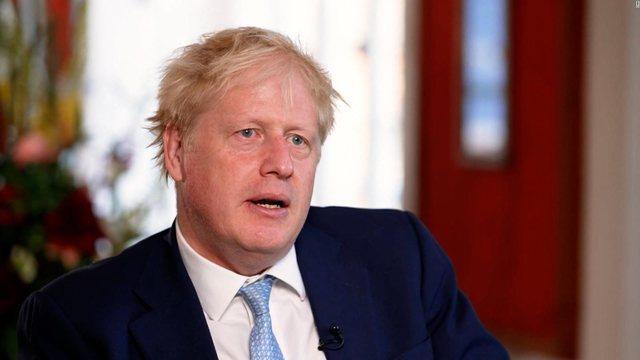 Boris Johnson's government has been plagued by a series of scandals, from allegations of flouting rules to allegations of impropriety and abuse by Tory lawmakers.

Johnson's critics have often accused the prime minister of disregarding government procedure and breaking the rules when he saw fit - such as when he decided to ask the Queen to prorogue - or close - Parliament for five weeks at the height of a crisis. politics on Brexit.

The monarch sealed the request in line with her duty to stay out of politics.

But when the High Court found the request illegal, it raised the uncomfortable question of whether the Queen had broken the law. The decision led to accusations that Johnson's government deliberately misled the monarch as part of a strategy to secure Brexit.

Johnson was forced to personally apologize for embarrassing the monarch, according to the Sunday Times.

Renovation of the apartment

One of the first scandals Johnson faced was a corruption charge after WhatsApp messages revealed he had asked a Conservative Party donor for funds to renovate his Downing Street mansion. British news media reported that the work cost about £200,000 ($280,000).

Johnson failed to report the donations and as a result the Conservative Party was fined £17,800 by the Electoral Commission in December last year.

Last year, Johnson tried to get Tory MPs to vote in favor of overturning the suspension of one of his Tory MPs.

Owen Paterson, an influential Conservative backbencher and former cabinet minister, had faced a 30-day suspension after being accused of breaching lobbying rules.

After a backlash, Johnson returned and Paterson eventually quit as an MP.

Johnson himself was fined by London's Metropolitan Police for attending a party on government premises, making him the first UK prime minister in history to be found to have broken the law in office. Sunak, who resigned on Tuesday, was also fined for taking part in the same event.

Johnson's handling of the scandal was particularly misguided, with Downing Street first denying there were any rallies, then saying he didn't know about them, and then claiming he attended them because he believed they were work events.

This week's cascade of resignations was sparked by revelations that Johnson appointed Chris Pincher to his government despite knowing about past allegations of sexual misconduct.