Salianji's trial for 'babale' is postponed! The 10 DP deputies who went to support him 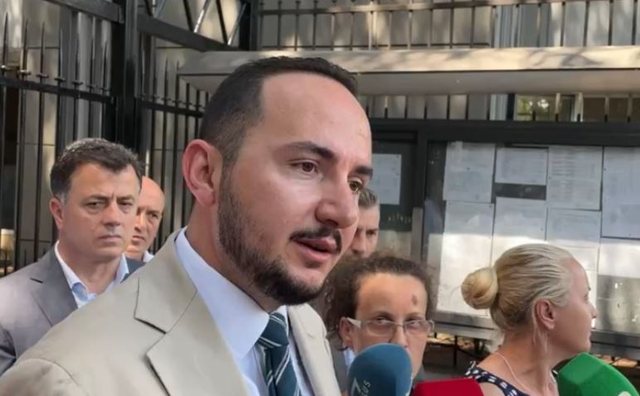 We remind you that Ervin Salianji was sentenced by the Court of Tirana to 1 year in prison, but he and the Presidency of the Democratic Party appealed this sentence, considering it political.

We recall what the Babale scandal is:

Albert Veliu, otherwise known as Witness X, together with his brother-in-law, Fredi Alizoti, staged the audio recording called "Babale" 4 years ago, because of his main character, where it was claimed that the brother of the former Minister of the Interior Fatmir Xhafaj he was dealing drugs. The audio recording sparked a fierce political debate between the opposition and the majority at the time until it was later proven that it was all staged. It is suspected that Ervin Salianji, who is accused of being behind the staging of the audio taping, was implicated in this scandal.

After the trial, Salianji told reporters: It's not just this false witness. There is also another character, a person known as Agron Hyseni, whom the police and the Prosecutor's Office tried to introduce, as Agron for Agron. The voice is similar, according to British expertise, to that of the denounced person. The prosecution and the bodies did not do what they should have done, dealing with the whistleblowers.

Not only do we stand by it, but the fact of the investigations by the prosecutor's office fully substantiated what we were denouncing and even more structures were involved to protect the state drug trafficking carried out under the protection of the former Minister of the Interior, currently a deputy of the SP. There is no property investigation for Fatmir Xhafa, as the brother of an OFL subject.

I have done my duty as a politician and I have even managed to remove a person convicted with a final decision to serve the sentence through the denunciation.