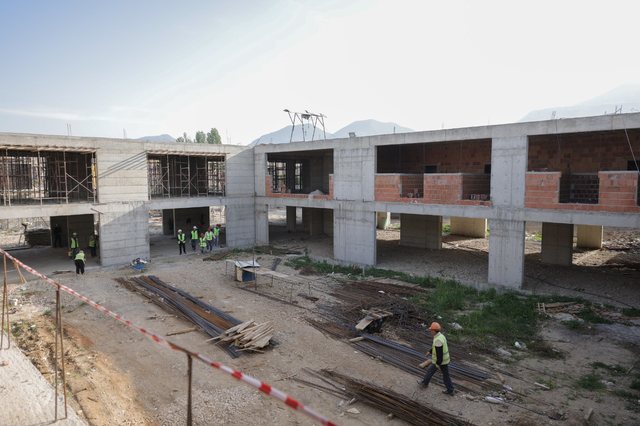 The new school that is being built in the area of ??"5 May", which bears the name of the writer and publicist "Kiço Blushi", in September will host 1300 students from Unit 4 and Unit 8. In the inspection of the progress of work for the construction of her, the mayor of Tirana, Erion Veliaj, said that this school is good news for the children of the area, who no longer need to attend school in a school away from their home. The new building, which covers an area of ??17,000 square meters for 600 9-year school students and 750 high school students, also includes 4 kindergarten and preschool classes. 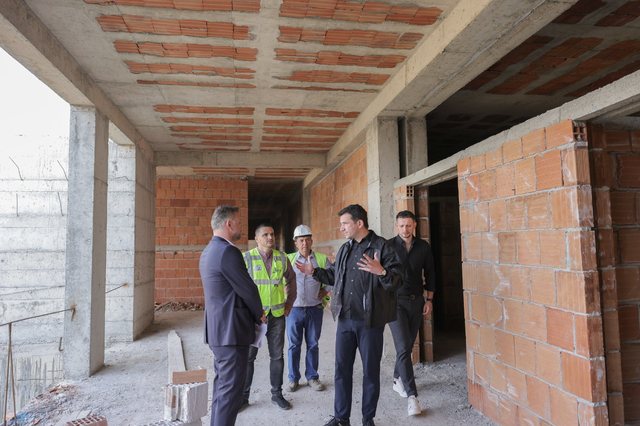 "It is super news for Unit 8, which has grown immensely, as it includes the area above and below the third Ring, up to the River Bank. All this neighborhood, which is also called "Besa" neighborhood, has grown organically and artificially, even from the investment we are making in "5 Maji", where we are building new palaces. It means that, in the next decade, we predict that this will be a school not only at full capacity, but extremely necessary. It was necessary even when it was an informal area, but now that it has been formalized, this school becomes vital, "said Veliaj. 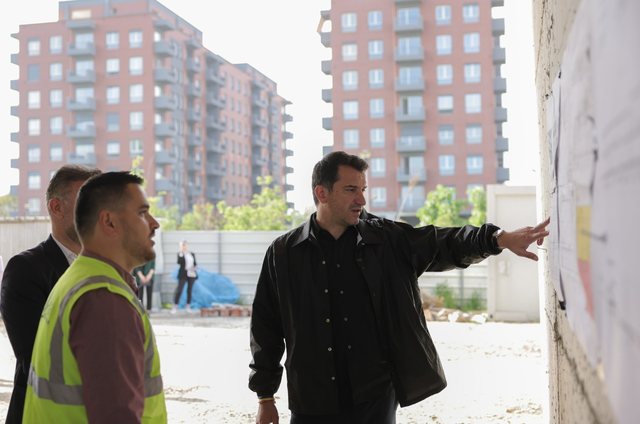 The mayor said that with this school, but also with the new schools that have been opened and will be opened, the problem of teaching with 2 shifts is finally solved.

With the solution we have given to Unit 8, where we are doing a school at the Madrasa, for the community of Rruga e Dibra and a school in the area of ??"5 May", for the local community there, but also for those who are settling there because of new developments, there will be no reason to move out of the neighborhood. "A large part of the traffic of" 5 May "definitely comes from the market, - for which we will find a solution, - but it also comes from the vara-vingo from the lack of school," said Veliaj.

Regarding the new neighborhood for the reconstruction of "5 Maji" Veliaj has called on families who have not yet signed contracts, to sign them in the administrative units and get the new apartments. 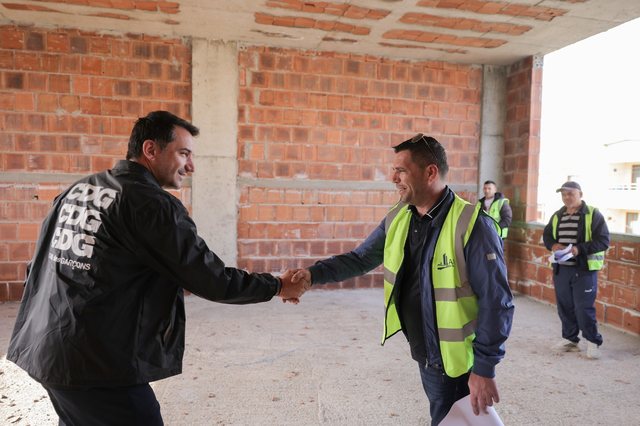 "Whoever is left with a trick, who thinks that someday a party will come that will not support the development and will block the projects, has a vain illusion. If any of the last militants are left, I make them a friendly invitation: Come sign the contract to get the house. We are continuing with the rhythms of "5 Maji", but here is the school. Save the ideal of the party for once in four years, vote against the mayor if you do not like progress and development - there is no problem - but we can not stop the progress! We must move forward. Now that we are also switching to most online services, we need to encourage people to enroll their children in the school closest to their neighborhood. Those children who get tired of vara-vingo with vans, during these hours can learn a foreign language, a computer program, take a course.