Israel's new ambassador in Tirana: I got to know Albania through a film showing how it welcomed the Jews 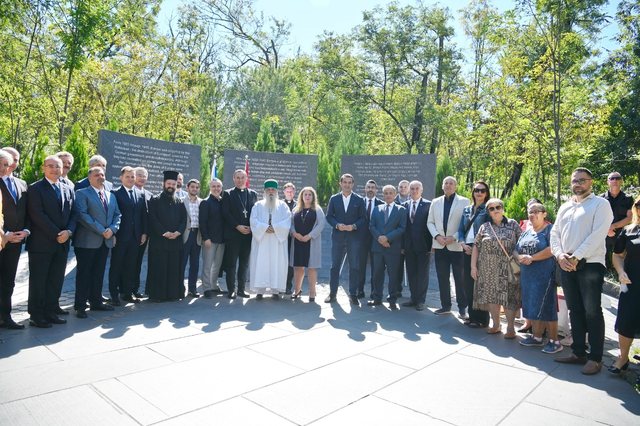 Galit Peleg, the new ambassador of Israel in Tirana, officially started her duty through a ceremony held at the memorial dedicated to Jews in the Artificial Lake Park. 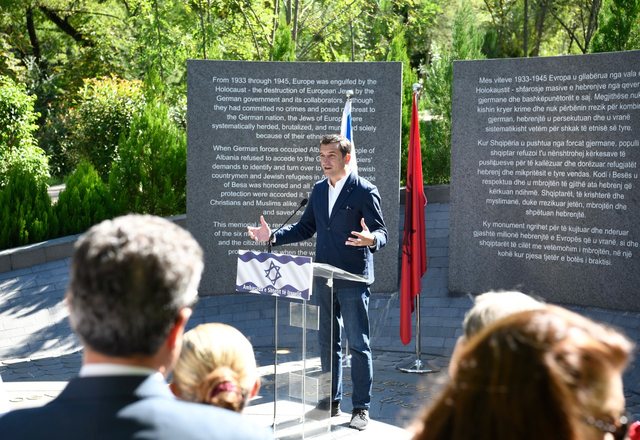 Veliaj said that he is proud that Albania is one of the few countries that, during the Second World War, opened its doors to Jews. "It is not by chance that we came here, to the memorial dedicated to the Holocaust in Tirana's Lake Park, to remember that our little Albania has taken the right stance, being on the right side of history. This city had only 200 Jews at the beginning of the war, and at the end of it about 2000. Regardless of whether the families were Catholic, Orthodox, Sunni, Shia, or Protestant, they welcomed them without prejudice, without seeing racism, without being infected by anti-Semitism, " he continued. 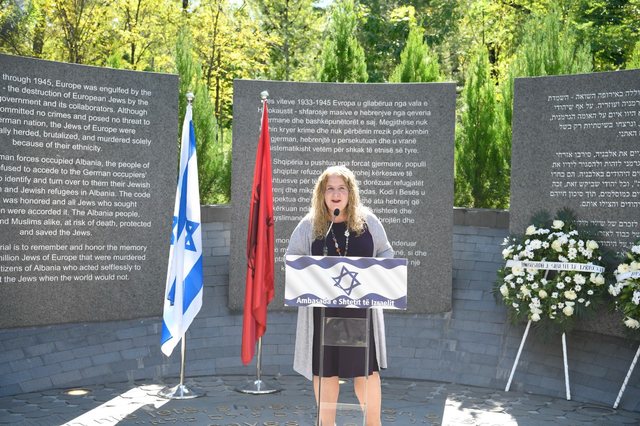 The diplomat, who served in several important missions before coming to Albania, said that as the daughter of Holocaust survivors, she feels honored to start her duties in Tirana from this memorial. 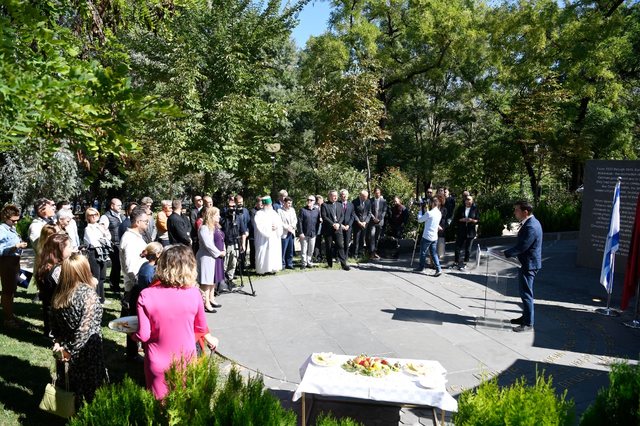 "When I received the news that I was coming to Tirana, I was very happy. Two years ago, a friend of mine told me that a film about Albania was being broadcast in the cinema of Tel Aviv, which told the story of the Jews who were saved by the Albanians. I say with conviction that this movie changed my life. The history of Albania and its Jews touched my heart in such a way that from that moment I realized that I had to come as Israel's ambassador to Albania. Two years passed and I am where I am," confessed the ambassador, who also promised that she will do everything during her mission so that Albania is considered more than just a friend of Israel.

Prepare to pay more for your winter vacation in Europe

Four children die in the UK after contracting Strep A

The price of oil and gasoline increases again. The gas does not change

How will the future of transport in Tirana be? Veliaj: The current service will be digitized

The weekend will be rainy

The times of Henry

Why do we like to be afraid (up to a point)?

Regret Kanye West's tattoo? A studio removes them for free

Temperatures drop significantly in the country

Horoscope for December 2 by Russell Grant

After a telephone conversation with Sunak, the British government clarified the details

Vucic: Nobody from Serbia will be in Tirana on December 6

Escobar: Albania remains the most valued country in the region by the US

Steinmeier meets Rama: Europe must be open to expansion towards the Western Balkans

Seasonal depression: Little things you can do every day to cope

How the zodiac signs behave when they are angry with you

The German delegation accompanying President Steinmeier to the Municipality of Tirana,

Rama for Braçen: It's an institution and you can say whatever you want, honey

Rama to Taulant Balla: There is no absolute truth, but I believe the facts

Rama reacts to the demolition of Prestige Resort: The law is clear about constructions without permission

EU summit in Tirana/Rama: December 6 is not a holiday

7 behaviors of a narcissistic parent that are hard to understand

Horoscope for the month of December 2022

The German President: Albania in the EU would enrich the cultural dimension

Demolition of the Prestige Resort in Golem begins

The lies actors have told just to get a role

Why don't men have close friends?

December starts with rain and snow

Horoscope for December 1 by Russell Grant

Zelensky: I do not believe that Putin will use nuclear weapons

The director of OSHEE in Lezhë is found raped in the car, he is urgently sent to Trauma

Prepare to pay more for your winter vacation in Europe

Why do we like to be afraid (up to a point)?

Regret Kanye West's tattoo? A studio removes them for free

The lies actors have told just to get a role

Horoscope for December 2 by Russell Grant

How the zodiac signs behave when they are angry with you