The EU starts the visa liberalization process with Kosovo in October 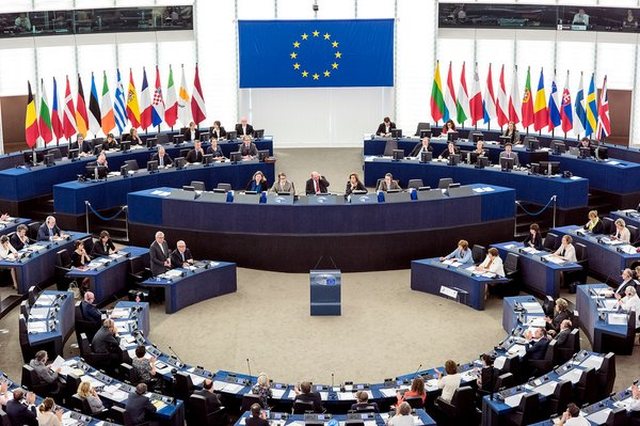 The Czech Presidency of the EU has started the engines to advance the liberalization of visas for Kosovo. The spokesperson of the Czech Presidency of the EU in a statement for the Express Newspaper stated that the European Commission's report on the current situation with visas is expected to be presented at the meeting of the Working Group on Visas on October 13. Then, the Czech Presidency will do what is possible to put it on the ministers' agenda as soon as possible. According to the spokesman, the decision on the visas, which may take several months, can be taken at the ministerial level, regardless of how things go in the informal meetings of the heads of state of the EU, one of which will be held on October 7.

The report of the European Commission that will be presented on October 13 in the preparatory body of the European Council called the Working Group on Visas will serve as a basis to start the debate on the approval of visa liberalization in the Council of the EU.

The spokesman of the Czech Presidency, Václav Smolka, has confirmed that among the EU states there is readiness for Kosovo to remove the visa regime for the Schengen area. Visa liberalization for Kosovo is very high on the agenda of the Czech Presidency. Currently, the European Commission is preparing a report on the current situation, which will serve as a basis to start a debate on the approval of visa liberalization in the Council of the EU. This report is expected to be presented at the meeting of the Visa Working Group on October 13, 2022," he said.

The spokesperson of the Czech presidency, Vaclav Smolka, who also acts as the spokesperson of the Czech Prime Minister Petr Fiala, has said that the Czech Republic will make every effort to put it on the agenda of the EU ministers as soon as possible. "The Czech Presidency will make every effort to bring this issue to the ministerial level as soon as possible. However, the support/approval from the European Council (of the heads of state) is not a prerequisite in this matter. What is important, the process in the Council, which may still take several months, is on the right track. We are actively working towards a positive decision as soon as possible," said Smolka.

The leaders of the 27 countries of the European Union will meet in advance also on October 7 in an informal meeting for which the spokesman of the Czech presidency said that there is no official agenda. In a joint statement by the foreign ministers of France, Germany and Poland published on September 16, which called for progress in visa liberalization for Kosovo, it was also seen as a sign that political support among the European bloc for this process exists. . France and the Netherlands, as two of the countries reluctant to allow Kosovars to travel freely in the Schengen area, now seem to have no dilemma.

The Dutch Foreign Ministry stated two days ago that they are waiting for the European Commission's report on the visa liberalization process and if there is progress, then the Netherlands is ready to take a stand.

The German Ambassador to Kosovo, Jorn Rohde, also gave positive signals on Friday, who said that the visa liberalization issue for Kosovo will be resolved next year, more precisely during the months of February and March.

Today's teenagers are growing up in a much more sexualized society