What is the right age to give a child a phone? 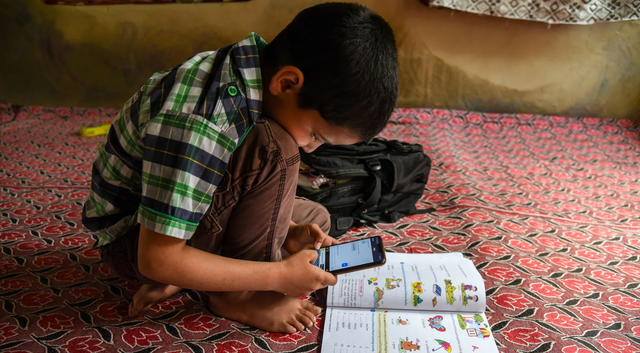 Smart cell phones have become almost universal among children. Almost 91% of 11-year-olds have one.

The biggest dilemma of modern times is: Should you give your kids phones or keep them away from devices as long as possible?

Apparently, even celebrities are not immune to this problem. Madonna has said she regrets giving her children phones at the age of 13 and would never do it again.

On the other hand, you probably have a phone yourself that you consider an essential tool for everyday life – from email and online shopping, to video calls and family photo albums.

And if your child's classmates and friends are all getting phones, can you leave your child without one?

There are still many unanswered questions about the long-term effects of phones and social media on children and teens, but existing research provides some evidence on their main risks and benefits.

There is no comprehensive evidence showing that owning a phone or using social media is harmful to children's well-being in general. Most research to date focuses on teenagers rather than younger age groups – and new evidence suggests there may be specific developmental stages where children are most vulnerable to negative effects.

Data from Ofcom, the UK communications regulator, shows that the vast majority of UK children own a smartphone by the age of 11. 44% have it since the age of nine. In the US, 37% of parents of 9- to 11-year-olds say their child has their own smartphone. And in a European study of 19 countries, 80% of children aged 9 to 16 reported using a phone almost every day, both to talk and to access the Internet.

Most studies done so far find no link between social media use and mental health in teenagers.

Another review, by Amy Orben, an experimental psychologist at the University of Cambridge, concluded that it was impossible to know whether technology was causing the decline in well-being or vice versa.

However, what is worth noting is that only the person who is close to the child can tell if the phone and the Internet are harming the child. This by looking at the following behavior.

On the other hand, for some young people, a phone can become a lifeline - somewhere to find a new form of access and social networks as a person with specific needs, or a place to seek answers to urgent questions about school or and health. A teenager can find answers to the changes that are happening in his body that he can't talk about with anyone.

A Danish study of 11- to 15-year-old children found some evidence that phones actually give children independent mobility while increasing parents' sense of security. The children said the phones made life better by listening to music and keeping in touch with parents and friends.

Of course, the ability to be in almost constant communication with peers does not come without risk.

This is consistent with the fact that girls tend to go through puberty earlier than boys, the researchers say, although there is not enough evidence to say that this is the cause of the difference in timing.

Let's go back to the original question: When can you buy your child a phone?

This is a decision that belongs only to the parents. Some may choose to postpone it for some time. Others should buy it earlier. However, a social child who gets involved with the group will get involved with them and there is no phone to stop him. This is the conclusion that researchers have reached. The children will meet at school. There they will be in face-to-face contact. So parents don't feel guilty.