"Elbasan as Palermo" Reflection after the worried letter of an ambassador 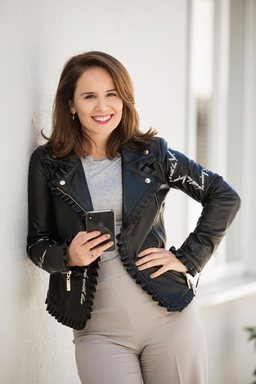 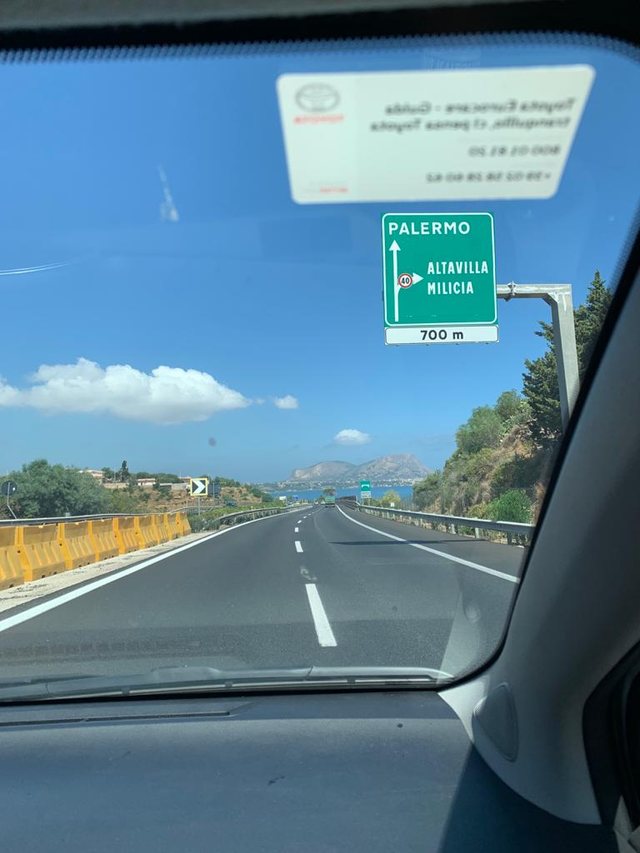 Today I read the public letter of the Italian ambassador in Tirana, Fabrizio Buçi, addressed to the editor-in-chief of the newspaper "Dita", Adrian Thano. The letter highlighted the diplomat's concern about the repeated comparison of Elbasan with Palermo by reporters covering the black chronicle. The concern is just, legitimate but also patriotic. The letter defended the honor of Palermo and the image of the capital of Sicily, which we Albanians know from the series "Octopus", but also from the tragic end of idealists like Falcone and Borsellino. "Sicily in the '90s was like that, bloodthirsty and a hostage of the mafia, today things have changed, " the ambassador said in a letter to editor-in-chief Thano.

The mafia there is not that it no longer exists. It has simply changed. The duty of a man who loves his country, let alone a diplomat who directly represents the interests of his homeland, is to defend against any statement or act that tarnishes his image or does not recognize his efforts for change. Compare it with us. We who are the champion "par excellence" to make our country dirty, an old political tradition on the left, even on the right. Even journalism, which seeks the darkest comparisons, is a "pattern" of a society that has nothing to do with its own country. We all have it a little bit. We complain every time we fail, we blame Tirana, Vlora, Elbasan, small Albania that does not fulfill our dreams. This place does not become, we do not become. We believe in escape! Get out of here. Raised children there. Ah, to be you with this talent in New York, etc., etc. Actually,

The irony is that the toughest swearers are the ones who have taken the most out of this country. They have become richer, they have created identities and careers, they are many times less tired than their counterparts in New York, Rome, Berlin and Tokyo for "success". Albania is easier. In the absence of the state and not only the state, there is not only injustice but also advantages.

Why can't we see the good sides of our little Albania? Why is it so easy to sell? Others do not. Look at the Serbs, who have the stain of ethnic cleansing on their foreheads and still carry the smell of blood. The Germans who rose up on the ashes of World War II or the French, who do not even greet you in English in the store.

This was the first reflection that liberated me from the letter of the Italian ambassador in Tirana. Italy has sent a good diplomat to Albania, from whom we must also learn. Especially how we love the country, even though things are not foil. Neither here nor in the ambassador's Palermo.

A few words about Palermo, which I shot I visited two years ago, on a week off with my cousin, who lives in Italy. With a "Fiat Punto" we traveled every day from one destination. We had the center in Catania. Location is perfect if you are going to different places in Sicily.

We chose to stay on an Airbnb and it was the best thing because the whole alley was a story, with women still calling the kids from the balcony, like to us in communism. Most had no air conditioning and either stayed with the windows open and small air fresheners, or with the air fresheners of the '90s. We had a gallery next door and on the first day we met the art professor, who gave us the right advice to visit.

From Albania I was certainly suggested Taormina, which we visited one morning, but we followed the guide of the art professor, Notto, Valle dei Templi, Agrigento, Siracusa, Palermo.

In Catania, he taught us that we should not go to certain areas at night, that it was still dangerous. "The city," he said, "never recovered." The `80s are the most beautiful time of his city. Sicily was a country full of life. After `90 onwards things changed. Initially the war with the mafia. Then dozens of political and economic elbows. The demand for autonomy has already made matters worse.

Corruption after corruption, mayors controlled by the mafia or raised by them. The young people all fled. Garbage was the main sign, as the Italian professor of Catania told me. Their collection and recycling was controlled by the mafia and the result was clear, with the naked eye. In Palermo they were everywhere. The only sign that made me think about the mafia. The rest was a piece of paradise. I had never seen a sunset so orange and fiery as in Palermo. We took the whole bus "Hop On Hop Off" one morning and in the headphones I learned a little from the beautiful history of this place, that art is engraved in the appearance of buildings, in bistros, where high walls and paintings show that there is had a library 500 years ago. The Opera and Ballet Theater, the largest in Europe, is located in Palermo. People are loved, hospitable and as without devilishness. They barely accept a tip. They are generous in DNA. Order an "Aperol Spritz" and fill the table with olives, pistachios.

We were not afraid for a single day and there was no place to be afraid. The roads were very good and Sicily was a blessed land with a reddish color and with the sky, that during the stay, we did not see a plume of clouds. It accompanied us with a constant blueness. I left with love and without any mortgage from that holiday week in Sicily, where we spent little and got a lot.

Now, for Elbasan to resemble Palermo, it is impossible (even if this black comparison with the image of the mafia), because they are who they are and Italy with art and pasta has driven the world crazy.

Enough to find Airbnb's neighbor in the art gallery.

Changed or not, in the beauty of its westerns, as the art professor said, the mafia thrives, but not like once upon a time. "When we remembered we threw it in the trash, we found it there," I remember he telling me. 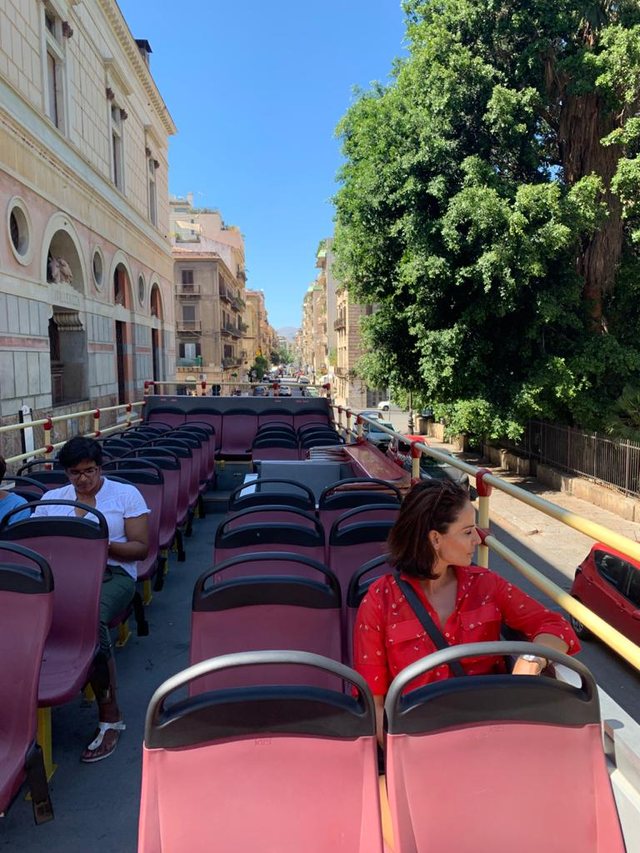 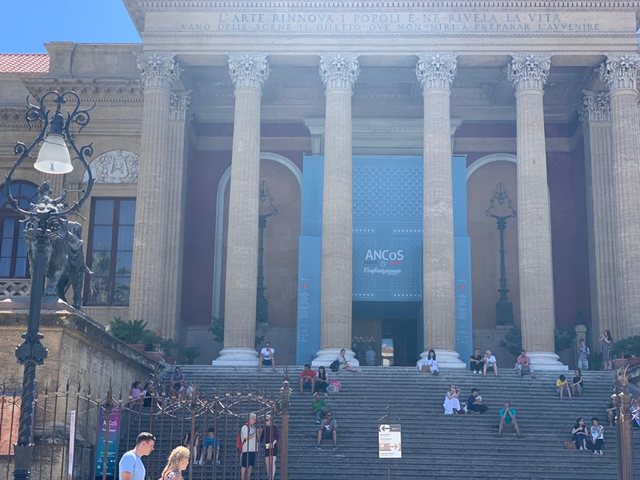 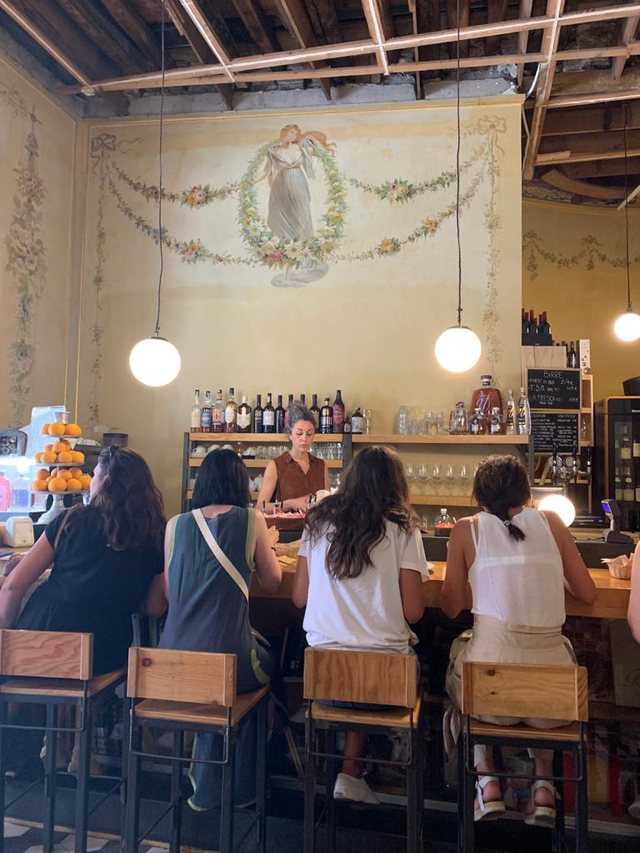