Mortality from air pollution in Albania, the lowest in the Region 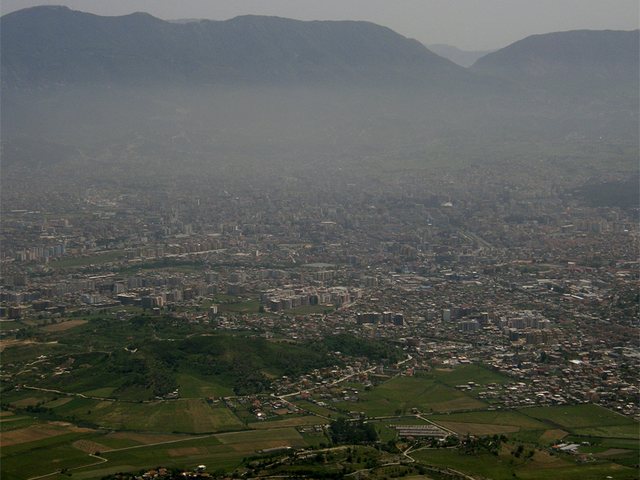 During 2019, over 10 percent of deaths in our country came due to air pollution, the World Bank recently reported. Albania had 79 deaths per 100 thousand inhabitants from pollution or 2269 people, at the lowest regional levels, because, energy production is done 100 percent from clean sources (water), unlike the region that produce energy from coal. Also, the countries of the region use during the winter for heating materials that create pollution such as wood and coal, unlike Albania which uses electricity.

The World Bank noted that the air inhabited by people in the Western Balkans is often among the most polluted in the world. Air pollution remains the main factor of environmental risk. which contributes to the higher number of deaths and disabilities taken together

The negative effects of pollution continue to grow in the region - including health, environmental and economic impacts.

Over the past 15 years, the World Bank has invested more than $ 250 million to increase energy efficiency and reduce air pollution and greenhouse gas emissions in the region - including initiatives to reduce overall heat demand, replacement of outdated wood and coal boilers and increasing the use of more efficient lighting.

One afternoon, at the end of February 2021, according to the Swiss website IQAir, the Air Quality Index (AQI) in Pristina, the capital of Kosovo, reached 298, leaving behind Lahore in Pakistan, Ulan Bator in Mongolia and about 100 other cities, and thus earning the dubious title of worst air quality at the moment compared to any other major city on the planet. During the day, the Air Quality Index in the capitals of Bosnia and Herzegovina, northern Macedonia and Serbia hit between 165 and 214 - levels considered 'unhealthy' or 'very unhealthy'.

The air inhaled by people living in Sarajevo, Skopje, Belgrade and many other cities throughout the Western Balkans region is often among the most polluted in the world, especially in the winter months, when pollutants emitted by coal-fired power plants home heating systems, vehicles, industrial activities and other sources obscure the sun, pollute the environment and create hazardous respiratory conditions.

With 175 deaths per 100,000 inhabitants in 2019, Serbia topped the list of European countries for the highest rate of deaths from pollution and ranked 9th in the overall ranking of all countries in the world - even higher than India.

As the negative impacts of pollution continue to grow in the region, policymakers there continue to explore multidimensional approaches in order to overcome the health, environmental and economic impacts of these challenges.

Air pollution remains the main environmental risk factor contributing to the higher number of deaths and disabilities taken together. Moreover, the annual economic cost associated with health damage from this pollution is staggering, on average for 2016 it was US $ 240 million in Kosovo (3.6% of GDP), US $ 750 million in Northern Macedonia (6.9% of GDP) and US $ 1.38 billion in Bosnia and Herzegovina (8.2% of GDP). 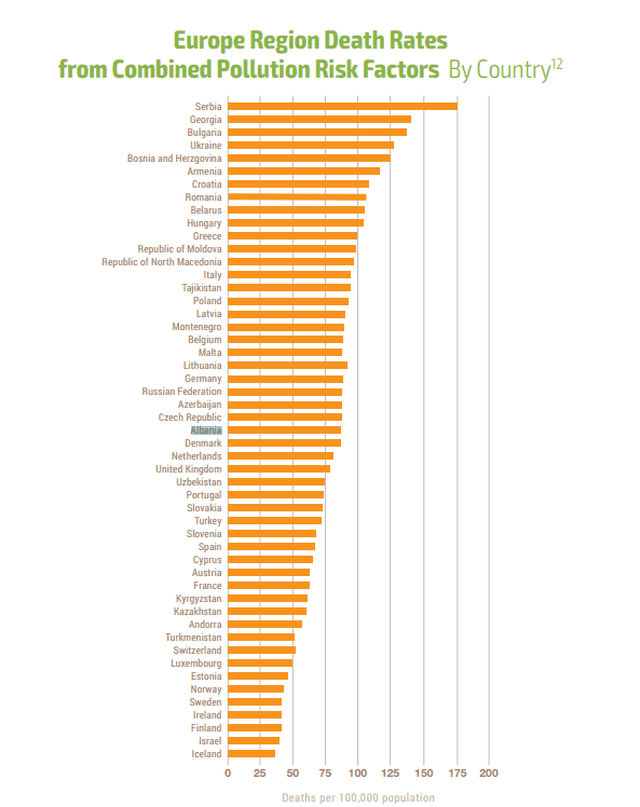 Vaccine to enter the auditorium, Rama: The government can not send forces to universities to expel students!

Can you survive in Squid Game? Your Zodiac sign will reveal your strategy

Nurellari: Elections in Kosovo, victory of the opposition and 'slap' for Kurti

How to Win the Fight Against Phone Addiction, And It Really Achievable

Fevziu: Basha and Berisha should leave! At the head of the DP should be a chairman not older than 35 years

What if the Universe never had a beginning?

Veliaj congratulates the new mayor of Turin for the victory: Ready to resume cooperation between our cities

Discussions within the DP are whitewashed! Here is what was said about Berisha

Banal quarrel of teachers at Çajupi school. The director resigns

Full Moon in Aries: How it will affect your zodiac sign

Rome turns to the left! Enrico Letta marks his first triumph with his party candidate

The house in Korça is on fire. The 65-year-old dies

The Investigative Commission is ready for April 25, where they will testify from Rama to the ministers and deputies

Good news for the red and blacks. UEFA punishes England in the match with the National Team

Death of 4 Russians in Kavaja to be investigated as "murder"

The vaccine to enter the auditorium / Deputy Dean of Philology: We do not become guards at the doors of the faculties!

With the vaccine, but again Covid killed Colin Powell at the age of 84

Urbanites halve capacities in Tirana, Municipality: We are taking appropriate measures in accordance with the contract

The "suffering" of the name Mustafa as a success on stage

Changes in the Police Directorates in the districts!

Slovenian Ambassador: Albania has done everything it should have done, blocked by Northern Macedonia and Bulgaria

Albania and Kosovo will have joint embassies in Asia and Africa

Tirana-Presevo: Cooperation for the Mural Festival and the Book Fair

Unaza e Madhe, Veliaj posts the video with a view from the construction site

Students protest in front of the Ministry of Education: To enter the auditorium without vaccine and without tampon

Dervish War: At Harvard 96% of students are vaccinated, at Medicine only 7%. We are more skeptical of science than Harvardists

Video / Squid Game now has its own parody

The number of urban people in Tirana is halved

Video / Tensions between students and police officers at the Philology School

They had an accident a week ago, a man and a woman died in the hospital

In Korça low vaccination, in Elbasan all in the auditorium, how is the situation in the district universities

Video / Kardashians have a wedding!

The week will be warm, until Friday

Icardi tells everyone they were wrong. He and Wanda are together

The new academic year begins. Students return to the auditorium

Boxes are counted in Kosovo. 21 municipalities in the runoff, vote again

Yesterday's earthquake in Lezha had no damage

When the cameras showed the silhouette of a woman in the lobby of the parliame...

Interview of the week / Selami Xhepa: Things in life are not like in the garden of Eden! How Albania can catch the train of the new economy

Fresh fish traveling from Durrës to Prishtina as a metaphor for our union!

Inva Mula breaks the silence: Even 99 years old, I will not go to TKOB as a spectator

Weekly interview / Mustafa Nano: For me, life has a purpose

Good news for the red and blacks. UEFA punishes England in the match with the National Team

Video / Kardashians have a wedding!

Icardi tells everyone they were wrong. He and Wanda are together

Can you survive in Squid Game? Your Zodiac sign will reveal your strategy

Full Moon in Aries: How it will affect your zodiac sign