Who? With who? How many hours? Public debate without its people 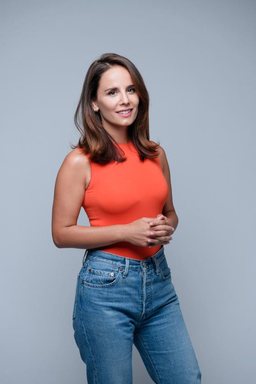 The public debate these days is the open lists, which require a constitutional change. In no case can it be said that this issue is irrelevant to the people, especially when it comes to the way we vote. On the other hand there are many details, negotiations and cameras and microphones about what happens to politics for politics: who benefits the most from them, who lost, who lost, who peace. Who did the ambassador meet and who did not. To think that two weeks ago the first news was why the American ambassador called the opposition leader 'mystery Luli'.

-What are we forgetting to do?

If I did not see the Instagram addresses of politicians in the developed world, I certainly would not skip these lines, much less my daughter in reflection. Seeing each other, we journalists are also self-animating and professionally destroying ourselves, running away from the public interest and following the political interest and what makes (me) click. There is a campaign in New Zealand and the current Prime Minister had posted a few days ago a 5-point program, which had the people or the Kiwis as its title (this is what they are called from New Zealand, Zealanders or Zealanders). The campaign is a 5-point program, accompanied by the smiling face of the Prime Minister, which predicts recovery from the pandemic and talks about new jobs, small business, schools and students, the revival of the economy, the citizens of the country. The Prime Minister of the Kiwi people, that there is a passion for people and of course New Zealand is the other side of the world and we do not have to compare. Government programs there have reached the point of providing free lines and buffers to schools for female students. Rich country, but even there there are homeless and children with drama. In Albania you do not dream of this trouble, but at least we dedicate ourselves to the elephant in the room.

Until yesterday, Tiranapost.al addressed questions about tickets and ways to return to the Homeland, now there are parents who ask whether or not they should enroll their child in the first grade, but at the University?

How do we know ?! It would be nice to know. Get acquainted with plan a and be c. Will they study in schools or at home? If at home, how will it be, online? Are we preparing as many countries are doing? When it was also seen what chaos was online during the pandemic spring. So far we know nothing!

There are endless questions about their lives. Someone has a small business, another will know about new jobs, another can go to Germany, another can return? What awaits a recent graduate in the west, and what does his country offer besides the flag and the song 'Kuqezi je ti' ?!

We in the editorial office have memorized as a poem all the statements about open lists, we possess sufficient knowledge in conspiracy theories, we know what other portals say. We are psychologists of the humor of the prime minister, the president, Basha (the latter already has humor, always a face. Maybe an advantage ?!).

In the newsroom we know how many times the American ambassador leaves the office, who she meets, how many hours she stays, as we once followed Big Brother. We are also fans of the ambassador and we cry over the fact that she has to endure our titles every time she does her job. We know everything that does not directly interest people and whether we do not ask or do not have who to ask, is not understood, but public debate is everything, except the direct need of people. Maybe even the Albanian man finds it difficult to make a difference all the time and transforms into a fan of this debate, which we feed every day as stupid devils, as ignorant naive, or as a media that is losing its power, like that cow big in appearance, but no longer giving milk. The topic for people is full, but the end of the world would be to blame politics because we ourselves put the microphone on them even when they are doing their job and s' we have to give fame to every meeting and negotiation. Together with them we have to start and pretend to know about the project that deals with people's lives. Yes, this is a public debate that would be worth it at any time, even though it is sad that we do not see it as an absence and we do not sleep how the Prime Minister is beaten for 4 hours with Gazment Bardhi ?!

As for the rumors, scandals, behind the scenes, charisma, they do not lose ground and there is no need to raise them, but in parallel, the public debate on people's topics should be introduced in public, even if it is 'boring', because we miss boredom.