Meet Liridon from Kosovo, lecturer at the University of Liege in Belgium 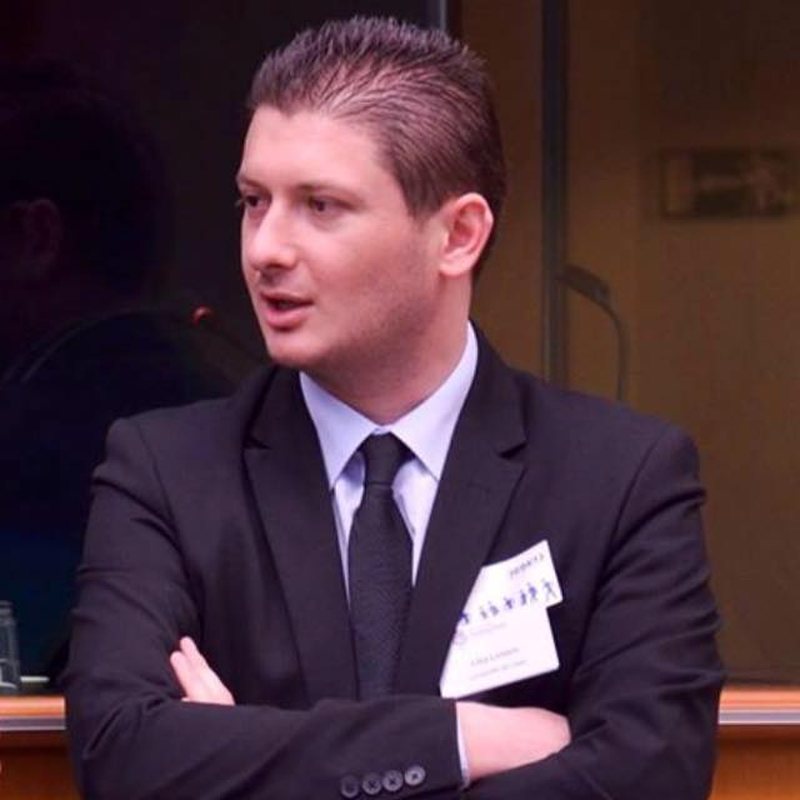 After he greets you and shakes your hand, Liridon will introduce himself and tell you who he is, a tall brown-haired man, around his thirties. He could very well tell you that he is in fact a lecturer at the University of Liege, in Belgium. Could also tell you that he is a politologist and Deputy Dir. of Center for International Relations Studies- CEFIR.  In fact he can tell you all that and more, only if his fellow interlocutor wants to know more, albeit he is brief and concise and introduces himself only as Liridon from Kosovo, a conversation opener that could make him talk ad infinitum, in a clean and correct Albanian, without leaving any trace of the french which is his second language for over 17 years and comes as natural as the first. 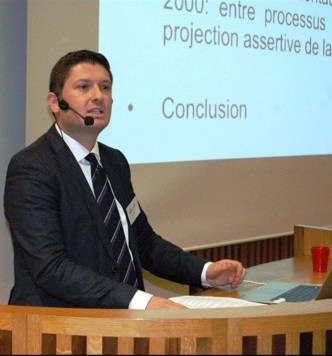 The Word ?second ?should be emphasized, because, despite living and working in Belgium,  studying at the university, earning his masters and now concluding his doctorate as well as working in the university, for Liridon, his first language continues to be Albanian. ?At home we only speak Albanian, especially with our 2 year old son Lindon. My wife, Adelina, manager of a state enterprise in Belgium and fellow politologist, is a Macedonian Albanian. TV Channels that we follow are exclusively Albanian?, says Liridon. 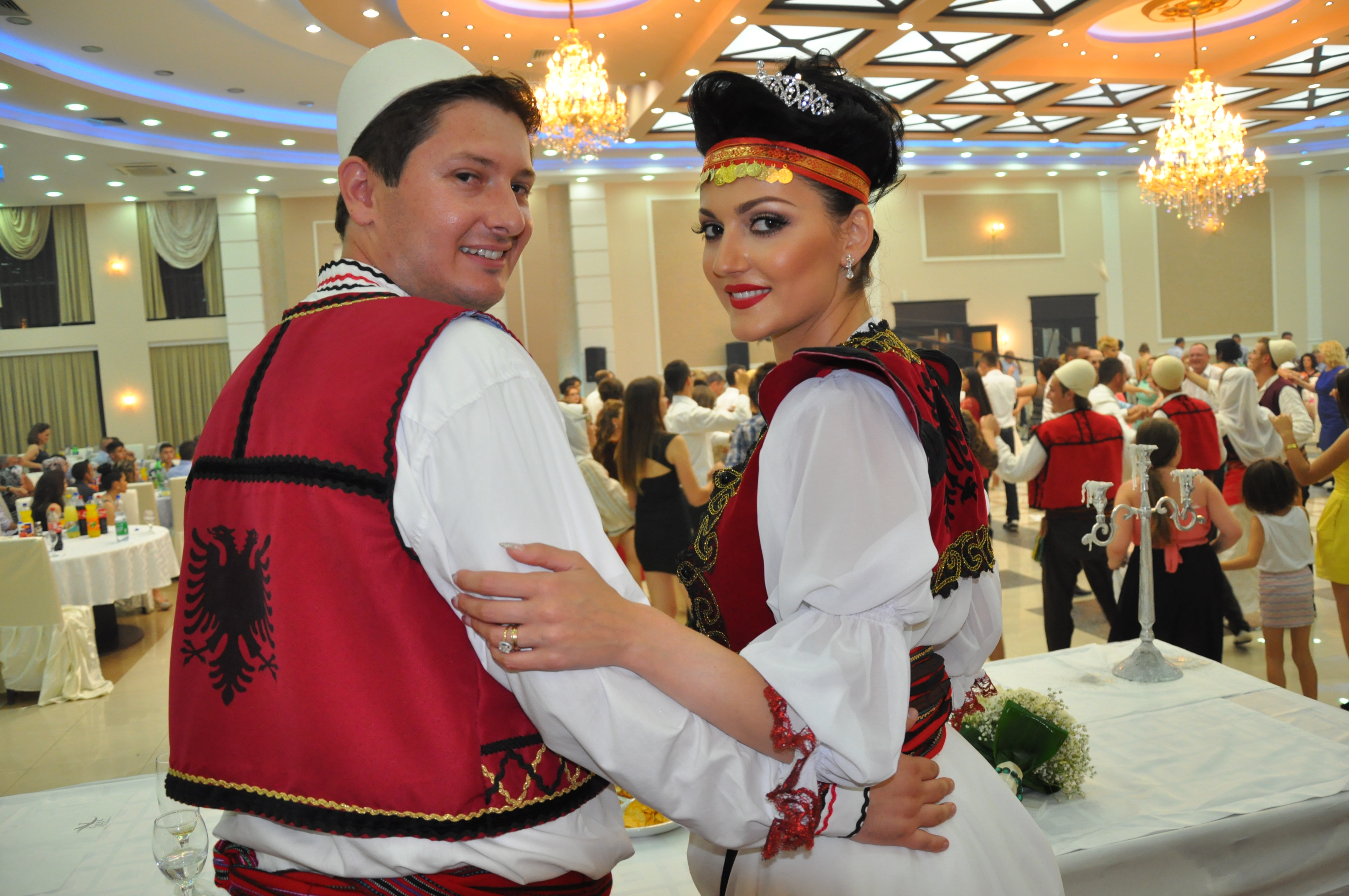 With wife on their wedding day 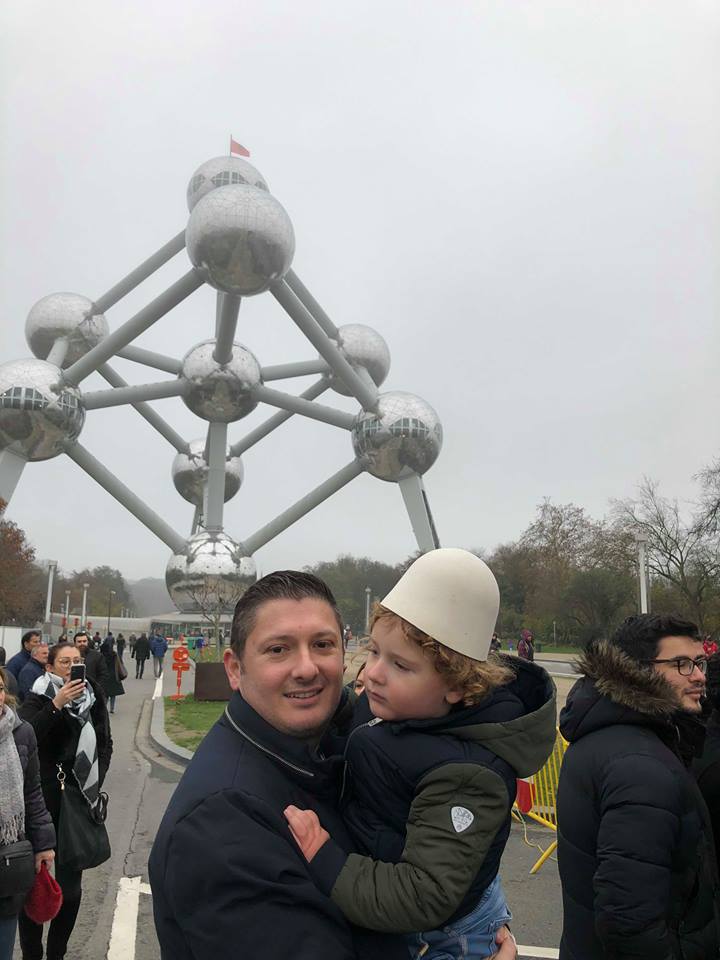 Fortunately, emigration for him has not been similar to everyone else?s. All the heavy lifting and consequences brought forth by leaving one?s own country was on his father?s shoulders, who, after being released from Serbian prisons, where he was a prisoner of war in the Kosovo of 1998-1999, returned to Belgium, where he once lived, as a result of health consequences left by the inhuman tortures suffered in prison.  He then decided to take his family with him. Liridon was 16 years old when he left Kosovo.  Not too young to understand what was going on around him and not too old to assume responsibility for his family. ?In fact, I had to do only one thing: go to school and learn as much as I could. For everything else, there was my father, who was an engineer, but started working outside his profession, doing odd jobs, together with my mother so that I was lacking nothing and was only thinking of studying. Study what, though? I could not speak one word of French. At the time, there was no Google translate and I was translating every word through a dictionary. I went to school and understood nothing?. The patience needed, only he knew. We could tire only imagining what it means to go through a dictionary for every word that we hear and read. ?When someone would tell me that I would need a couple of years to learn the language, I felt like they were insulting me. I was in a hurry. I wanted to learn as fast as I could so that I would be caught up in school. Nevertheless, it took more than two years for me to master enough of the language and advance in my studies?. 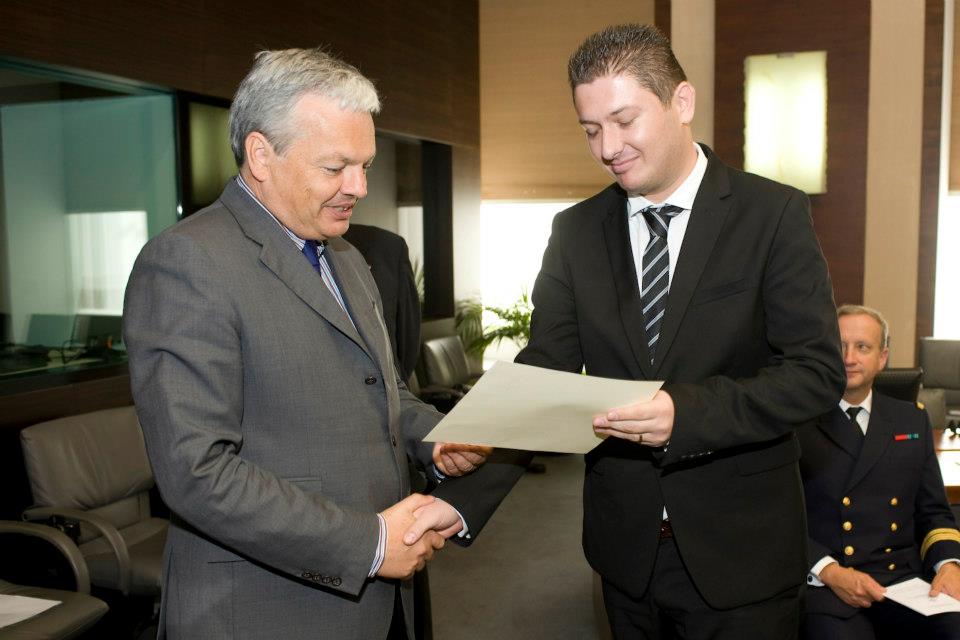 Receiving the Euro-Atlantic Award from Didier Reynders, Minister of Foreign Affairs of Belgium

Not only did he pursue a bachelor and masters in political science, international relations at the University of Liege, but upon graduating, the university showered him with awards for excellence and academic achievement. Immediately after, he started working there, as a professor at the department of political science, where he lectures two subjects at the master?s level; political systems of the Western Balkans and Western Balkans between Integration in the EU and influence of increasing powers. Away from his country, but in a place which offered him opportunities and a chance to know incredible people, as Liridon himself articulates it. 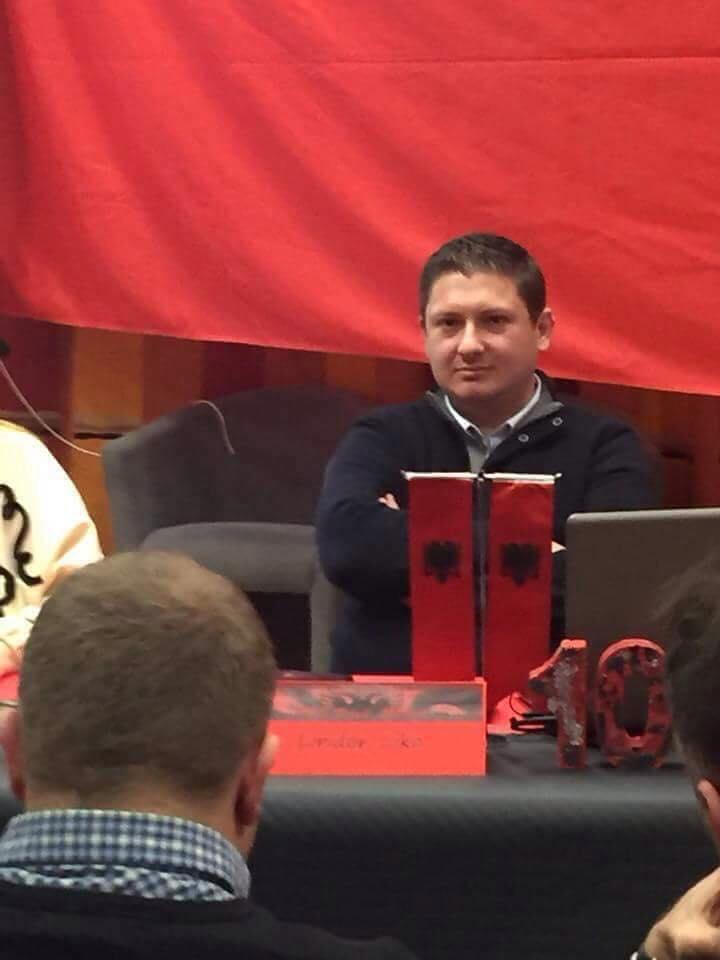 ?Now i lecture in French, in the same halls where i once was a student and when, because of my language barrier, I had difficulty understanding what my professors were saying. It was a difficult time, but it?s over now. This year I am finishing my doctorate on trilateral relations between the Western Balkans, EU and turkey?, Liridon tells us, explaining that during those couple of years as a professor at the University of Liege, he has been a connecting bridge between this institution and the University of Pristina. 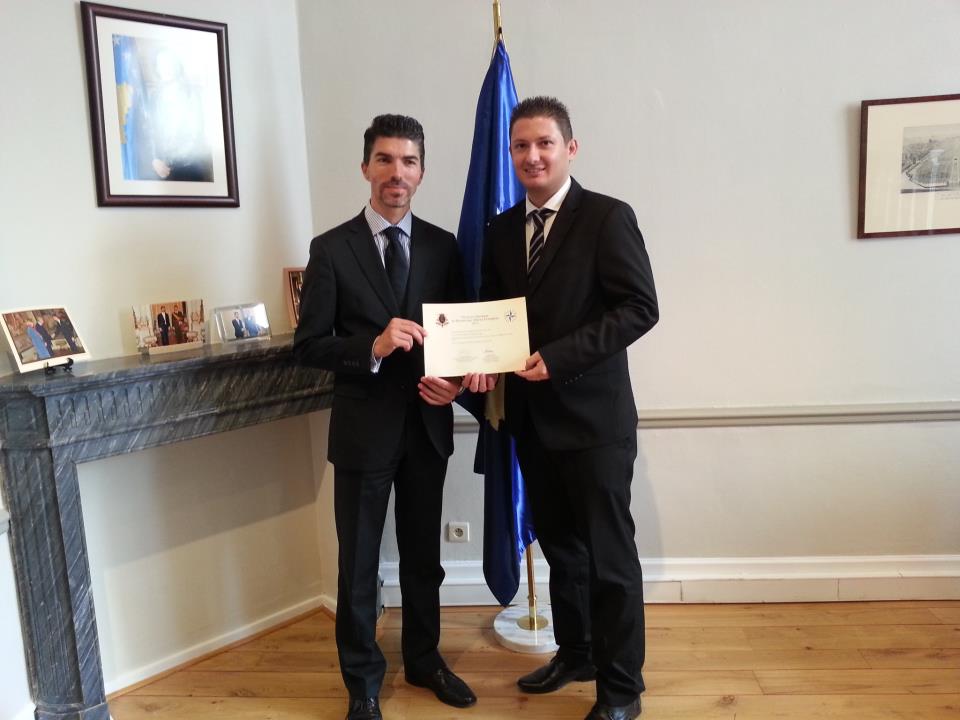 With the Ambassador of Kosovo in Brussels, 2012 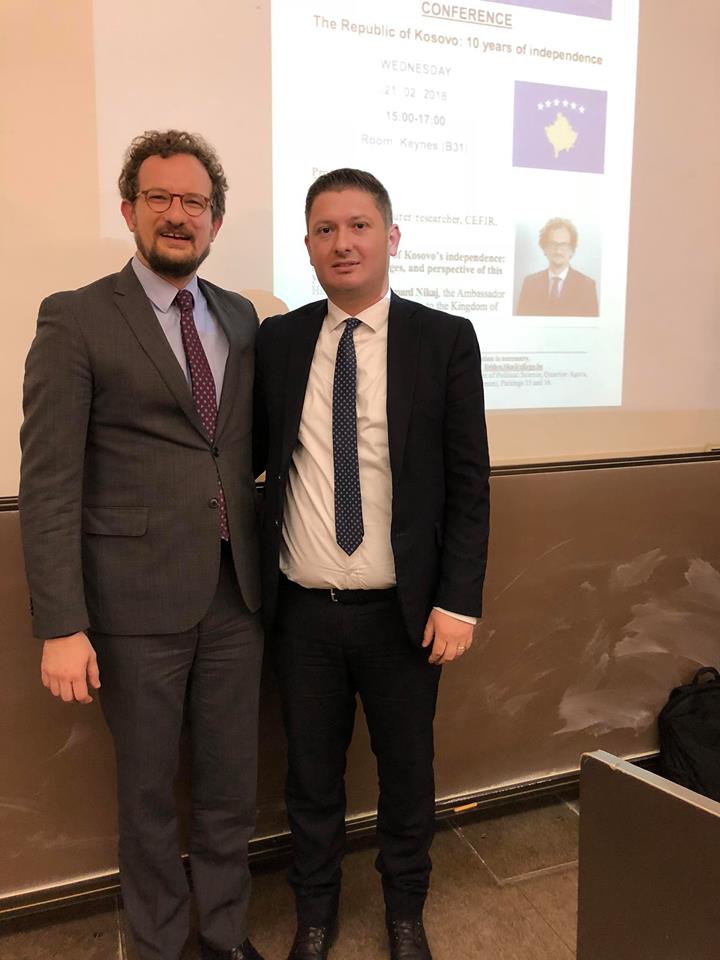 Conference with the Current Ambassador of Kosovo in Brussels

He has also lectured in Pristina and has facilitated conferences, seminars, academic exchange, scholarships for students from Kosovo, who studied and are studying in Belgium and a number of important figures from Kosovo, who have lectured at the auditoriums that Liridon is now teaching in. All those who know him, very well know what Kosovo is to Liridon Lika. When you take a look at his resume or his very successful career, the first thought that comes to mind is that he had ground to completely disconnect with his mother country, which could very likely have remained a distant memory. In fact, this has never happened neither in his thoughts or in what he does or says every day. He is so tied to that land, that he doesn?t find it strange that one day he can very well pack his bags and return to Kosovo permanently. His foundations are strong, since he visits twice a year, in both his family?s homes, one in Pristina and one in Drenica, where he was born. 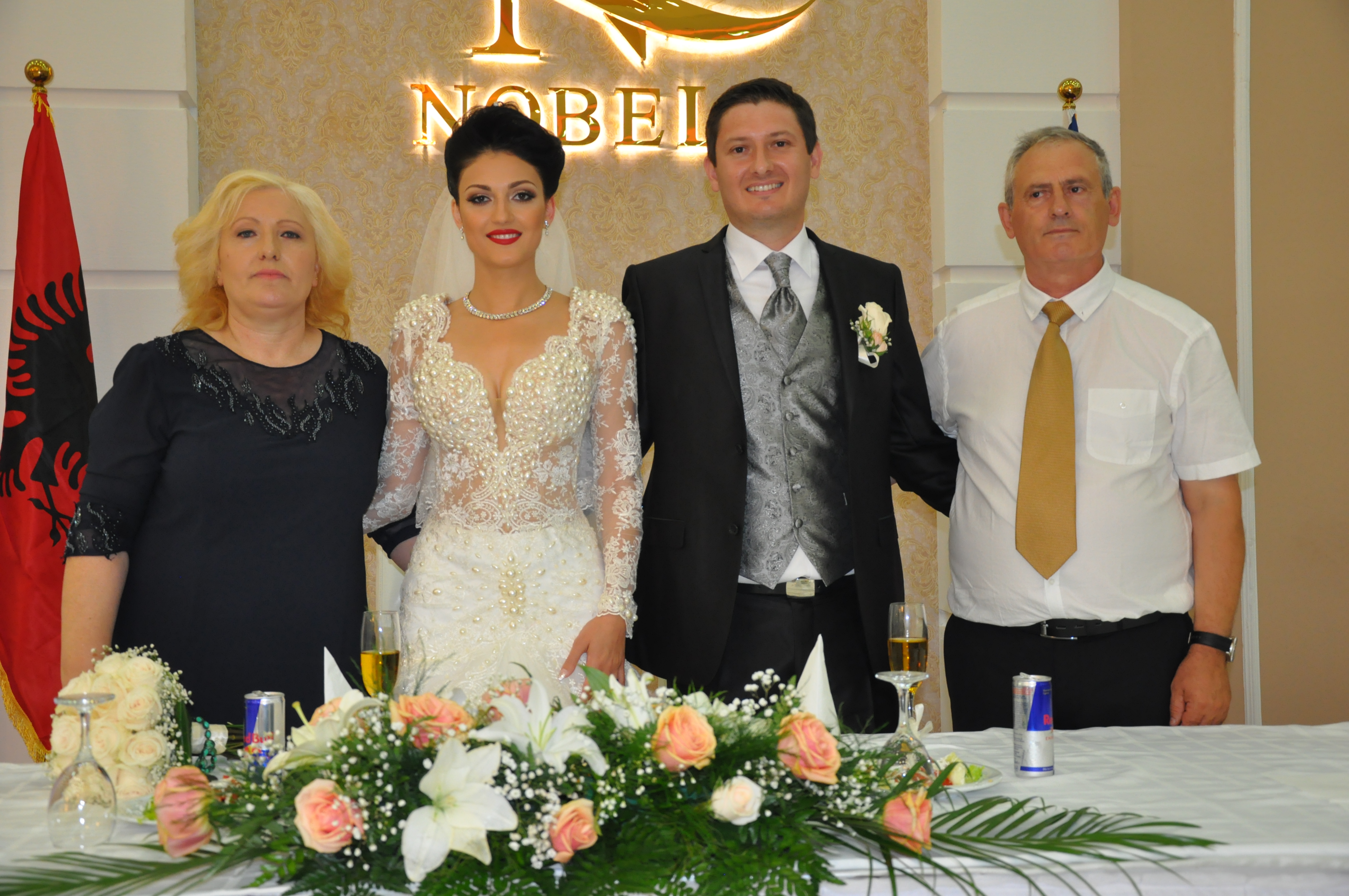 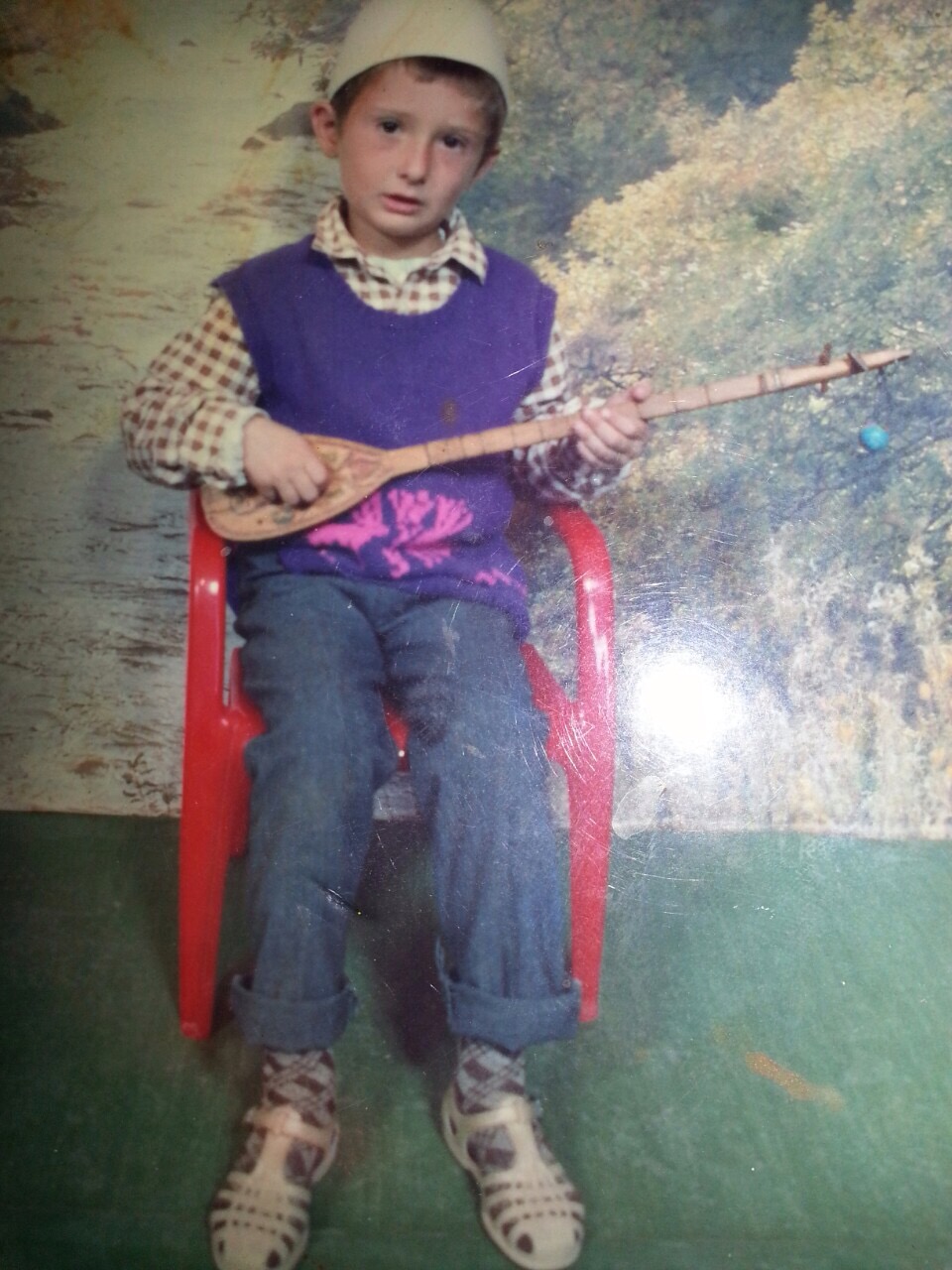 Photo from childhood in Kosovo

?I find it painful, when young people leave Kosovo. My country is wounded this way.  When I say I would like to return, I mean it?. Perhaps, that day is far away. Liridon is at the peak of his career as a politologist. He has many plans, part of which is always his birth country, Kosovo, for the development of which he is working day in, day out, even though he is away physically. His mind is always back there.  So much so, that when he introduces himself to the people he meets, he always says that he is Liridon from Kosovo./Klaudeta Skënderasi